Find Out What's in Store this Halloween Season at Dreadlands Haunt of Davison! 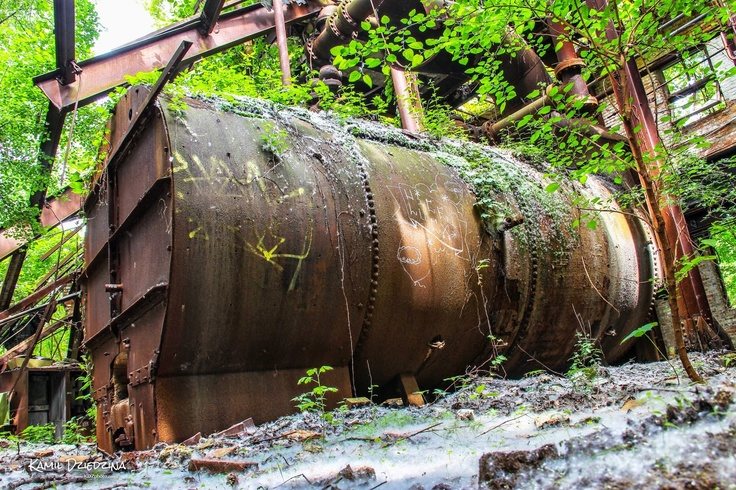 Zombie decomposition chamber.. (Is it working?)

What's new at Dreadlands Haunt of Davison for 2017? Do you have any new rides, attractions, or special features that Haunt Seekers should know about?

Wow YES! We added a Labyrinth this year that is nearly 5000 square feet with - Moving interior walls! - Yes, no kidding! While you are inside of this massive maze where all of the walls appear the same, some of the walls will move around you, thus changing the maze as you're attempting to go through it! Try not to panic though, we put up a big watch tower that will have someone help you out if you get too lost.

What are you most excited about for the 2017 Halloween Season?

This might sound kinda odd, but.... the Dinosaur. Yep, that's what I said.. "Dinosaur". A 20ft baby T-Rex has been roaming the grounds out here. No kidding. We nicknamed him "Rocky". He hasn't eaten anyone that we know of, but the rest of the wildlife seems to have become strangely . . . "Strange". (We are pretty sure the groundskeeper just quit and left town . . . maybe.)

What differentiates Dreadlands Haunt of Davison from other local haunts in Michigan?

We are very "old school". I guess that means we don't have a lot of the fancy techno-equipment and animatronics. We scare people the old fashioned way - by slicing up the guests and feeding them to the unusual wildlife. OOPS! Did I say that out loud?!? I meant to say, "we have spooky actors, creative sets and fun things to do.. like.. Riding a Zip Line at the end of the trail, or Zombie Paintball where you carry your weapon through the arena and you're free-roaming and the Zombies are free-roaming and the Zombies are NOT un-armed..... yeah, they don't have paintball guns, but you still won't want to get shot by a zombie... so much for being 'invincible' " [snickering under his breath] 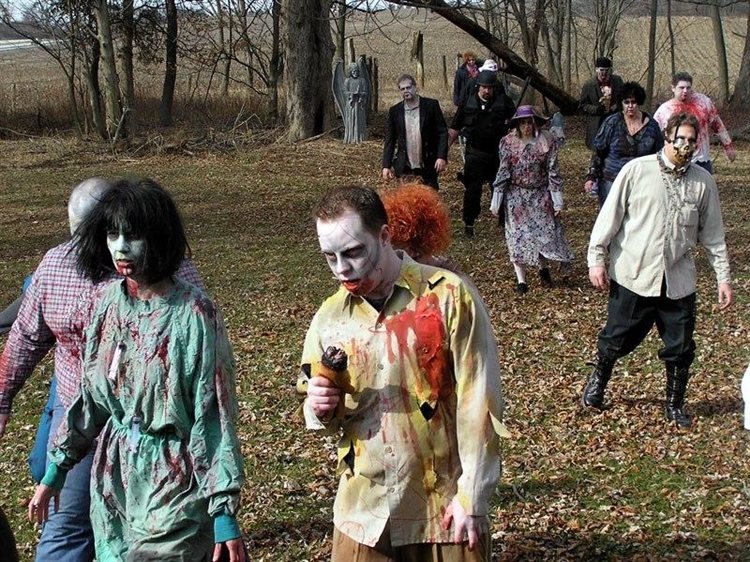 Well, we got started when the local High School Drama Club set up a fundraiser as a Haunted trail on the property. The next year it was expanded and it grew from there. The Drama Club is no longer, but many of the original actors are still part of the crew here at DreadLands. We also have grown to help raise funds for other charitable organizations, local food pantries and so on.

What's your favorite experience since opening Dreadlands Haunt of Davison?

Ha ha! So this great memory of the 2016 season popped into my head and I recall a large group of guests arriving early in the evening. The path to the ticket counter takes them right past the zombie arena and it was early in the evening and no one was at the arena yet. The crew set themselves up with realistic guns that had realistic sounds and came RUNNING from the zombie arena shouting loudly for everyone to take cover as a horde of zombies followed in hot pursuit! This was happening right alongside the guests and they scrambled to move back as the Zombies approached and turned toward them.. The crew leader shouted for everyone to "Get Down"! and ALL of the guests, now Wide-eyed and backing away from the zombies, crouched and got on the ground as the crew "opened fire" on the horde, killing them all in dramatic style. It all happened within seconds and caught everyone by surprise, especially the guests, who watched in amazement as the crew then proceeded to 'drag and carry' the 'dead zombies' back to the arena.

How long is a typical haunt experience at Dreadlands Haunt of Davison from start to finish?

If guests come early enough that they don't have to wait in line and they do EVERYTHING, (all four venues) we've got about 1-1/2 hours of fun for them! If they choose to come later in the evening when the lines start to get longer we do have a 7 minute Medieval Tavern Escape that our guests can go through "While" they are waiting in line. (Their spot will be saved for them while they are in the tavern attempting their escape.) We'll also have some simple refreshments and HOT DONUTS fresh from the fryer.

On a scale from 1 to 10, how scary would you say Dreadlands Haunt of Davison is? Why?

I've been to "intense" haunts, and this is not one of those. Numerous people will find the Laboratories a bit too scary and quit, but for the most part it's about being scared without making people "cry". We want to "get" the guests good and yet have them go away with a big smile on their face. I would have to say a 7-8 on the scary scale. Scary, but not ridiculous.

Does Dreadlands Haunt of Davison's property have any real haunted history? Do you have a spooky encounter you'd like to share?

In addition to the Dinosaur roaming around. (I'm not kidding about that, by the way.) We have seen the occassional Emu and numerous unusual 'creatures' around the property. Maybe that world-famous Flint water has leaked over into Davison and is causing some strange genetic mutations?

What inspired you to open up a haunted attraction? What's your favorite part of the business?

We are a creative bunch that likes to have a lot of fun! Seriously. It's a lot of hard work, but it's 'Fun' work too. I love coming up with new ways to amuse people, make them laugh, make them jump, make them pee their pants... [a devilish grin runs across his face]

We don't have a lot of techno equipment here as I mentioned earlier. We impress our guests without it. The only real new tech is keeping the place secure with cameras watching everywhere...... yes... everywhere.. well.. maybe not "there". 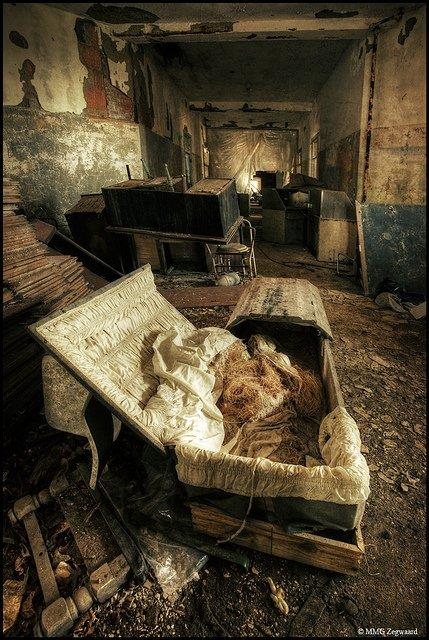 Large groups are fine, but we ask that larger groups, let us know that they are coming ahead of time so that we can let them know when the best time to arrive will be, what to expect when they get there, and if they are a really big group, how to efficiently divide them up to go through the different venues. Most haunts are best in groups of small people, but the Zombie Arena can accommodate 8 - 10 snipers pretty easily, and we can have many people in the Labyrinth at once. The Laboratories is best with 6 or less, (4 is a great size group) and the Trail is best with 6 or less at a time as well.

Does Dreadlands Haunt of Davison offer any special deals, discounts, or coupons?

We do offer discounts to groups 12 or more that are doing 2 or more venues. The additional discount will vary depending on the size of the group and what venue choices are made, AND we expect that you'll also pay with a single payment for the entire group. (If they are paying individually, .. then they're "individuals".. not a group... right?)

Anything else you'd like to let us know about Dreadlands Haunt of Davison?

It's all about having fun. If you like the scary stuff but don't want your significant other to walk away 'crying' and 'hating you' forever... this is the place to bring them.