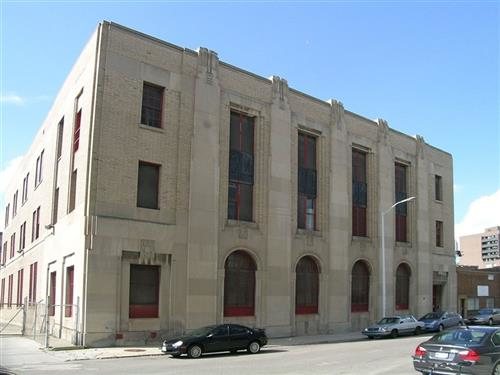 This telephone company stands on the grounds of what was once a lavish mansion in downtown Grand Rapids. The building is said to be haunted by two ghosts, believed to be Warren and Virginia Randall, a couple who moved from Detroit into the Judd-White House. Warren was said to have a good job as a brakeman on the G.R. and Indiana Railroad, until a tragic incident occurred and he lost his leg. It was replaced with a wooden leg, and Warren became paranoid within his marriage, assuming his wife was having affairs with more desirable men. Rumors of a violent relationship between the two stirred up, and Virginia left him.

Stories say that Warren talked Virginia into going on a horse and buggy ride with him one summer night in 1910, ending up at the Judd-White House, where one last fight took place and he supposedly took off his wooden leg and beat his ex-wife with it. He then sealed every opening in the room with towels, ripped a gas fixture from the wall and let the lethal fumes fill the room. He then slit his throat with a straight razor. Although the Judd-White house was removed, many believe that the spirits of Warren and Virginia remained, moving into the new building that stands today. Eerie prank phone calls have been reported from inside the building after hours, and the two ghosts have been to blame!