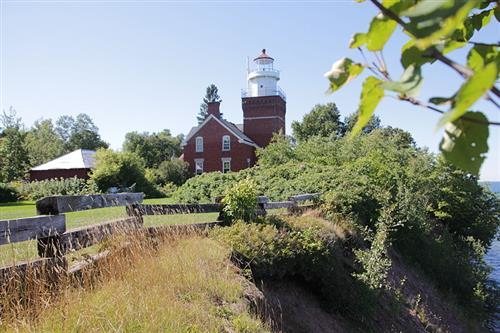 This lighthouse was constructed in 1896 and remains in operation. It's also listed on the National Register of Historic Places. It turned into the new bed-and-breakfast in 1986.

In addition to offering a view of Lake Superior, guests may also encounter a red-haired ghost who is said to haunt this place. It is believed to be the spirit of William Prior, the first lighthouse keeper. Prior was devastated by the death of his son that he later disappeared into the woods with a gun, but was then found dead about a year later hanging from a tree a mile away from the lighthouse.