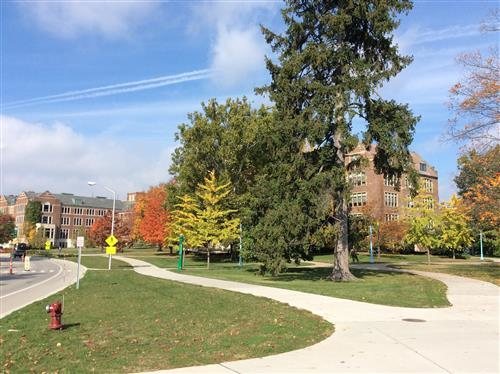 There are quite a few ghost on this university campus. The reportedly haunted sites include the University Garden, the Physical Plant, Williams Hall, Holmes Hall, the Fairchild Auditorium, Hubbard Hall, ad Mason Hall.

There the ghost at Mayo Hall people have dubbed May Mayo who plays the piano, the ghost that tinker with the elevator at Holmes Hall, a boy ghost who can be found at Fairchild Auditorium, and the ghost who likes to play with the light at Hubbard Hall. In Mason Hall, they say the ghost of an elderly man exists. There are reports that the elderly man had suffocated there in 1975.