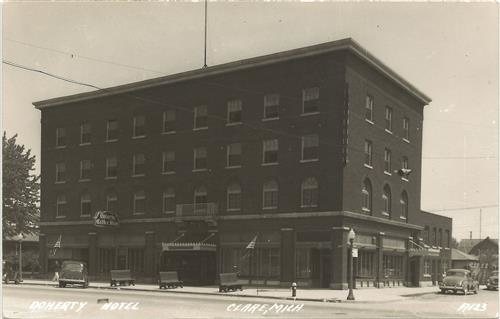 This hotel was built in 1924. It was a notorious hangout place for gangsters in the 1920's and 1930's where murders and illegal gambling occurred. The hotel is also the site of one of Michigan's most notorious murders in 1938 where Isaiah Leebove, the former Purple Gang attorney turned Purple Gang businessman was murdered at the bar.

Numerous accounts of hauntings have been reported over the years claiming it to be haunted by Leebove and others. Apparitions are said to lock and unlock doors. People have also reported sounds of knocking that go unexplained.