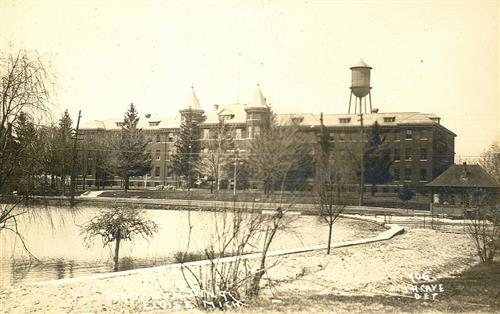 The Eloise Asylum was also known as the Wayne County Poor House, an 1830's poorhouse that later on became a hospital that featured a cemetery with over 7,000 graves. The hospital stopped business in 1984 and its ruins are believed to be haunted. Witnesses have reported apparitions, often a woman wearing white, moans, screams and roars. Today, the site where the hospital once stood has been transformed into a strip mall, a golf course, and condominiums.